The begining or the end?

This is probably not the blog you are expecting to read.

It has been roughly 6 weeks since Ella "graduated" from OIT and I am well aware that I have not updated this blog since she was somewhere around a half of a peanut and in about week 7 of her OIT journey. To be perfectly honest most of the middle trips to OIT that got her from a half a peanut all the way up to her maintenance dose are a complete blur; as it goes with 2 little babies, the holidays, work and life in general my writing has taken a back seat.

What I can tell you is that since graduation day Ella has eaten more and experienced more in 2 months than she had in the entire previous 2 years of her life.

It is quite ironic that Ella completed OIT in the month of November as many feel that November of 2014 was the "Breaking Point" for the allergy community. I can count off the top of my head 7 food allergy related deaths just since Halloween less than 3 months ago, to say that many of us have been rocked to our core is an understatement. For me, the day after Christmas made the "Breaking Point" that much more terrifying.

I have always used the hashtag #Ilovesomeonewithlifethreateningfoodallergies, that of course refers to my Ella but what many don't realize is that also refers to my older brother Brian. Never in a million years would I have ever thought that in my effort to keep Ella safe and potentially save her life that I might in fact be responsible for almost taking my brothers.

On the morning after Christmas my mom and Brian came over to have coffee and visit before heading back home to Napa and just like any other morning we had to feed Ella her daily maintenance dose of 5 Peanut M and M's. We have several theories of how Brian came in contact with Ella's dose although we still aren't really sure. How he came in contact truly doesn't matter anyways because we know he did and we know he did because it almost killed him. Brian collapsed in the street walking to his car on his way to head back home.... He was fine when he said goodbye, he walked out, he coughed 3 times and then he was lying in the street in front of my house. As I grabbed his Epi Pen Injectors and went to administer the first one it malfunctioned with all the medicine pouring out before it even came in contact with his leg (an event they may replay over and over in my head and continue to haunt me for many many days.) 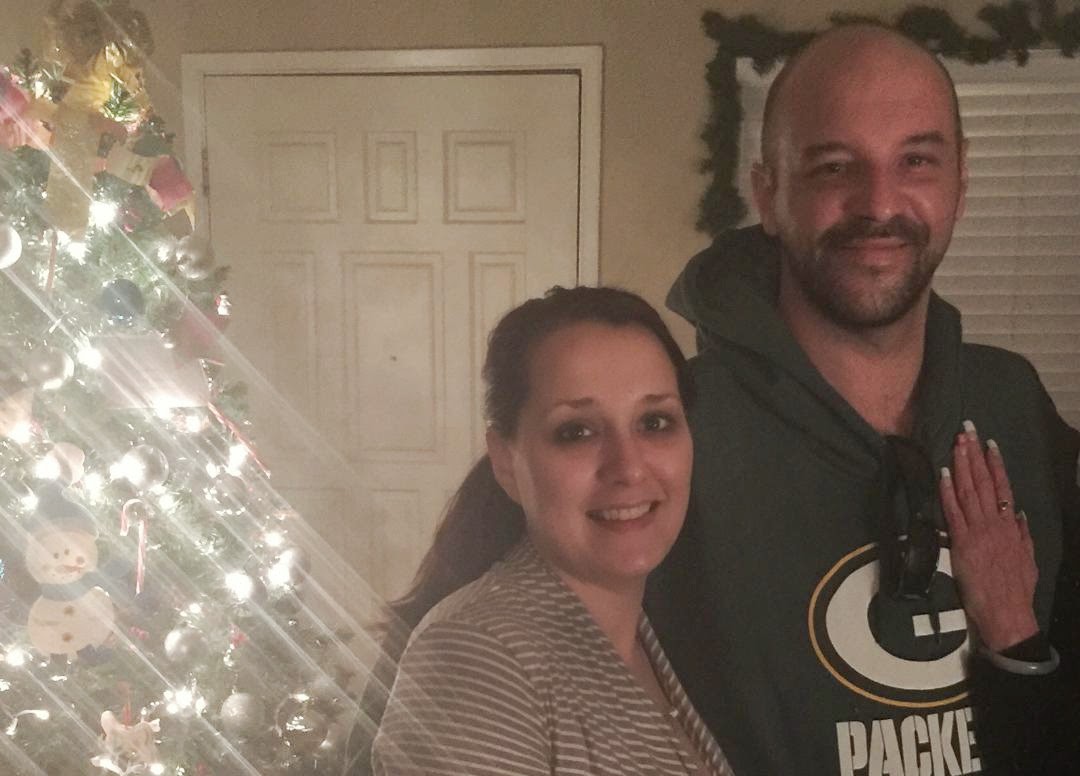 I was able to successfully inject the 2nd Epi into his thigh and as I looked up at him I could see that he was beginning to be able to breathe again. I am probably the least religious person I know but in that moment I prayed for God not to take him. I prayed for a cure. I prayed for all the children and adults of this world to have this allergy taken from them.... and I thanked God for OIT being available to help even some.

Brian required 2 more Epi injections in the ambulance on the way to the hospital alone because as the first injection began to wear off I watched his lips turn blue and him again struggling to breathe.... and again I prayed. Today, 3 days later he is finally stable but we are all shaken. My family could have lost our son, brother, uncle and friend taken from us by a peanut.

Shortly before Ella began OIT Arthur asked me in passing if  "After Ella is done and safe are we going to become those people?" I responded back with "What people?' and he said "You know the ones that don't think or care about allergies at all and make peanut butter cookies for a bake sale?" and my response back to him was "We will never stop being the voice for these children, for anyone who suffers from life threatening food allergies, we will NEVER stop advocating for them, just because we may get out of the trenches doesn't mean we ever forget about them."

When I originally wrote this blog entry it was meant to recount the day Ella completed OIT, her big party the day after, all the new food that she has been able to try and the dance recital she was able to be a part of as a result of completing her OIT journey. However, Ella being able to eat some Ice cream seems trivial in comparison to what we experienced that day with my brother. Now, that does not mean that I suddenly think OIT is not important or that it hasn't changed our lives. What I am saying is that it is exactly the opposite. OIT is not about ice cream or pizza or cupcakes, it is about saving lives. The fact that OIT is still considered "Controversial" or that people think I have used my child as a guinea pig, that OIT is dangerous or not ready for mainstream, the fact that OIT is probably YEARS away from being a widely used practice in allergist offices around the country makes my heart hurt. I can't help but wonder how many more have to loose their life to a peanut before something more is done?